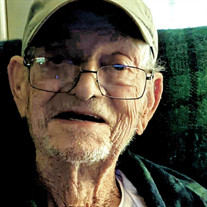 GENTRY WALNUT COVE Jack Gentry, Sr., 97, of Walnut Cove, NC passed away from Covid-19, at Pruitt Health in Elkin, NC. He was born to the late Bethel D. and Mary Dunlap Gentry in Forsyth County, NC. Jack was a 1941 graduate of Walnut Cove High School. He led his Highschool team to win the 1940 State, Class B, basketball Championship. In 1941, he was named to the All-Northwest team. Jack attended Wake Forest College (University) from 1941-1943 and 1947-1949; he was a member of the Alpha Sigma Phi Fraternity. He was an outstanding basketball guard, becoming Wake Forest’s leading scorer, averaging 11.5 points per game. As the Co-Captain of the team, Jack “The Gent”; was named to the 1948 All-State team. He was the “Big Five” (NC State, Carolina, Duke, and Wake Forest), leading scorer. Jack’s senior year, Wake Forest had a 19-7 record. In 1943, Jack became a Sergeant in the Army AAF. He served as Gunnery Instructor, earning the American Theater Service Medal, good conduct medal, and WWII Victory Medal. While in the service, his talents were used to the fullest. He led the Tyndall Field Southeastern Service League to the championship title in 1945. Jack was the basketball team’s high scorer. Upon returning to college, Jack included the golf team to his academic endeavors. As an upperclassman, it was his responsibility to meet the new freshman golfers at the train station. Jack met his suite-mate, Arnold Palmer, the new golfer on campus, at the station. Jack and Arnold remained friends throughout their lives. One of the highlights of their friendship, was Jack playing in the Kemper Open as Arnold’s guest. Jack continued his love of golf well into his nineties. After college, Jack played basketball for Chatham Blanketeers and Pelzer, earning the recognition of leading scorer. Jack’s professional career included 28 years of service with Western Electric as Department Chief of Public Relations. In 1970, Jack was appointed Director of National Alliance of Businessmen for Winston-Salem and served as an assistant to Mayor M.C. Benton on Manpower. As a civic minded, community leader, Jack decided at age 34, to submit his candidacy for Mayor of Walnut Cove. Under his leadership, he led the town to become solvent, after many years of debt. Jack was mayor 1959-1971 until he decided someone younger needed the responsibility. Jack remained socially concerned by participating in the Lion’s Club, Walnut Cove Centennial Steering Committee, Little League, and as a self-appointed local historian. Jack was predeceased by his wife of 68 years, Barbara Francis Gentry. He is survived by his three children, Mary-Francis Pulliam (Mark) of King, NC, Jack D. Gentry, jr. (Laura) of Lexington, VA, and David C. Gentry (Susan) of Waynesville, NC. He is also survived by 9 grandchildren; Kent Gatewood (Tricia), Nick Gatewood, Jake Gentry (Ann), Zach Pulliam (Jessica), Cheston Pulliam, Millie Goodnight (Andy), Charles Gentry, John Gentry, and Laura Pulliam. Jack is also survived by his great grandchildren, Kason and Delaney Gatewood, Gentry Gatewood, Chessie and Deacon Gentry, and Crawford Goodnight. A private family inurnment service will be held Saturday, November 13, 2021 at Walnut Cove Cemetery with Rev. Dr. Robert B. Cook, Jr. officiating. In lieu of flowers, memorials may be made to Christ Episcopal Church: 412 Summit Street, Walnut Cove, NC 27052. Online condolences may be made at www.burroughsfuneralhome.com. Burroughs Funeral Home, Walnut Cove is honored to be serving the Gentry family.

The family of Jack D. Gentry Sr created this Life Tributes page to make it easy to share your memories.

Send flowers to the Gentry family.