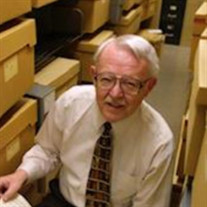 On March 12, 2021, John Raynor Woodard, Jr., enjoyed his last bowl of popcorn and his last milkshake, and he watched Jeopardy with his grandsons. On the morning of March 14, he died peacefully at home from bladder cancer. We will gather informally outdoors at the home on Sunday, March 21, from 2 to 4 p.m. Please mask, maintain social distance, and dress for being outside. A memorial service will be held at Germanton Baptist Church on June 20, 2021, at 2 p.m. John was born May 16, 1939, to Sally Bernice Norris and John Raynor Woodard, Sr., and spent his first year in Fair Bluff, NC. In 1940, the young family moved to Conway, NC, in Northampton County, to live near the Woodard family. There, Johnny’s third grade teacher famously tied him in a chair to keep him from moving to a corner to read history books during math lessons. Nevertheless, he graduated from Conway High School in 1957. At Wake Forest College, he played in the marching band, and graduated in 1961. After working two years at the State Archives of North Carolina, Wake Forest invited him to become the director of the Ethel Taylor Crittenden Collection of Baptist History. A few years later, he was also made University Archivist. He put many miles on his cars traveling the state to speak to congregations and collect papers from retired ministers and missionaries. John was active in many archival and history organizations, including the Historical Society of North Carolina, and he built the Baptist Collection into a well-regarded archive before retiring in 2001. He also served in the Vietnam War with the 312th Field Hospital Unit, and he retired from the U.S. Army Reserves with the rank of Lieutenant Colonel. He married Linda Wilson in 1971. They moved to Germanton and lived in the same house until he died. John was a faithful member of Germanton Baptist Church where he sang in the choir for almost fifty years and taught Sunday School. He loved Civil War history, Sherlock Holmes, reading, playing the piano by ear, and watching TV. He held Wake Forest football tickets from 1969 until his death and had been a basketball season ticket holder for many years. He helped found the Germanton Park and the Germanton Ruritan Club, and in his retirement, he was a dedicated volunteer at the East Stokes Outreach Ministry. He was a kind man who was gentle with animals, funny with babies, and loved his family. He loved slapstick comedy, puns, and making his family laugh at quick quips and asides told under his breath. He is survived by his wife, Linda, of the home, and their daughter, Sarah Woodard David, and grandsons, Joseph Doc “Jed” David and Macon Raynor David, of Raleigh. He is also survived by his brother and sister-in-law, Jimmy and Phyllis Woodard of Rolesville, and his sister-in-law, Judy Wilson, of Fuquay-Varina. His nieces and nephews, Andy Woodard, Tamara Norman, and Jimmy Wilson, and their families also survive him. His former son-in-law, Eric David, also survives. Memorial contributions can be made to the East Stokes Outreach Ministry, PO Box 973, Walnut Cove, NC, 27052; the Stokes County Historical Society, PO Box 304, Danbury, NC, 27016; or the John 3:16 Center, PO Box 1541, Littleton, NC, 27850, earmarked for the Rich Square office. Online Condolences may be made at www.burroughsfuneralhome.com Burroughs Funeral Home, Walnut Cove is honored to be serving the Woodard family.

On March 12, 2021, John Raynor Woodard, Jr., enjoyed his last bowl of popcorn and his last milkshake, and he watched Jeopardy with his grandsons. On the morning of March 14, he died peacefully at home from bladder cancer. We will gather informally... View Obituary & Service Information

The family of John Raynor Woodard Jr. created this Life Tributes page to make it easy to share your memories.

Send flowers to the Woodard family.