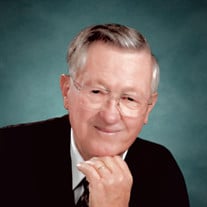 WATTS WALNUT COVE “A legacy involves planting seeds in the lives of others and nourishing them as you carefully and lovingly watch them grow.” Such was the life lived by Kenneth Watts who died peacefully on Monday, December 13, 2021 in the presence of loving family members. Mr. Watts was a life-long member of First Baptist Church of Walnut Cove where he has been described as a Christian gentleman who served humbly and graciously and was a friend to all. In his career with Walnut Cove Fuel Supply his dedication to a job well-done was exemplified in this relationship with his customers. He was allowed to relive his journey as he and his son took a drive throughout the country to retrace his delivery route just weeks before his illness. In his empty-nest years, he and his wife, Shirley, enjoyed horseback riding and traveling with close friends. Even in his later years, he relished the times spent gardening and mowing grass. His most earthly possession was the love of his family. he spent his entire life with the focus of loving his family and watching them grow as he supported them in their educational, athletic and spiritual journey. His family loved and cherished him for 87 years. This love was exemplified in the way that each of the children and grandchildren were all able to share their parting words of love with their father and grandfather prior to him passing. The face-time and video message from his great grandchildren made him smile as he waved to them and told them he loved them. Unselfish love shared of the years came back to him in many ways. He is preceded in death by his parents, Edgar and Olive Newsome Watts; siblings, Byron Watts, Preston Watts, Harold Watts, and Mabel Mitchell. Those left to cherish his memory and to carry on his legacy include: his loving wife of 67 years, Shirley Richardson Watts; children, Ronald Watts (Ann), Denise Ashburn (Rodney), Daniel Watts (Clem), and Christina Rothrock (Brad); 9 grandchildren, Michelle (Paul), Blake (Hunter), Annette (Justin), Celeste (Daniel), Nic (Brittany), Brooke (Brian), Whitney (Jesselee), Cole, and Conner; 8 great grandchildren, Addison, Grayson, Bryce, Judson, Alyssa, Marlene, Melodie, and Morgan; 2 sisters, Marlene Brown and Yvonne East (Keith); and special family friend, Donna Knight. There will be a 2:00 pm outdoor funeral service held on Thursday, December 16, 2021 at First Baptist Church of Walnut Cove Cemetery with Pastor Jim Cohn officiating. Burial to follow. There will be no formal visitation, however Mr. Watts will lie in state on Wednesday, December 15, 2021 from 2 – 5 pm at Burroughs Funeral Home. Social distancing guidelines will apply and facial coverings will be required for the service. In lieu of flowers, the family requests that memorials be made to First Baptist Church of Walnut Cove Cemetery Fund: 415 Summit St. Walnut Cove, NC 27052. Online condolences may be made at www.burroughsfuneralhome.com. Burroughs Funeral Home, Walnut Cove is honored to be serving the Watts family.

WATTS WALNUT COVE &#8220;A legacy involves planting seeds in the lives of others and nourishing them as you carefully and lovingly watch them grow.&#8221; Such was the life lived by Kenneth Watts who died peacefully on Monday, December 13, 2021... View Obituary & Service Information

The family of Kenneth Dean Watts created this Life Tributes page to make it easy to share your memories.

Send flowers to the Watts family.