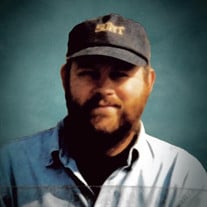 JOYCE LAWSONVILLE Rickey Edward Joyce, 61, left this Earth unexpectedly Wednesday morning April 7, 2021 at his home to meet his Lord and Savior Jesus Christ. Rickey was born on June 4, 1959 in Patrick County, VA to Richard Edward and Lillie Mae Cromer Joyce. He was a member of Lawsonville Baptist Church. Rickey graduated from North Stokes High School in 1978. He received his associate degree in Automotive Repair from Surry Community College in 1980 and afterwards, worked for Patterson Buick. He was later employed by Halstead Metal and worked for many years as a self-employed stone mason. Rickey was drawn into the cattle business in 1988 grew and managed a large herd of beef cattle. In addition, he bred and raised a bucking bull that in the popular PBR. Rickey loved to help people. He was a former member of the Lawsonville and Danbury Fire Departments, once being named Fireman of the Year. He studied and received his Emergency Medical Technician certification. Rickey was also a member of the former Stokes County Mountain Rescue Team of King, NC. His interest in rescue led him to study and obtain the highest-level training certification offered through the SARS Association (Search and Rescue). During the 1990’s, he was an active member of Dr. Lew Stringer’s Special Operation Response Team (SORT), which responded to the medical needs of people affected by natural disasters such as hurricanes and floods. Rickey traveled with the team to many places, including Houston, TX, Melbourne, FL, St. Thomas, BI, and Kinston, NC. He loved the outdoors, hiking, fishing, and hunting. He never met a stranger and had a tremendous heart for people and animals. Rickey had a special gift for raising orphaned baby animals including fawns, squirrels, and raccoons. He will be greatly missed by his family and friends. He is preceded in death by his father, Richard Edward Joyce. Rickey is survived by his mother, Lille Mae Cromer Joyce; brother, Richard O’Neal Joyce; special nephew and niece, Joseph and Amber Joyce, and several aunts and uncles and many cousins. There will be a 2:00 pm Funeral Service held on Monday April 12, 2021 at the Burroughs Chapel with Pastor Roger Adkins and Pastor Bobby Wilmoth officiating. Burial will follow at Samari Primitive Baptist Church. The family will receive friends from 12:00-2:00 pm Monday April 12, 2021 at Burroughs Funeral Home. Social distancing guidelines will be observed, and facial coverings are required. Memorials may be made to the Brenner Children’s Hospital Wake Forest Baptist Medical Center, Medical Center Boulevard Winston Salem, NC 27157. Online condolences may be made at www.burroughsfuneralhome.com. Burroughs Funeral Home, Walnut Cove is honored to be serving the Joyce family.

The family of Rickey Edward Joyce created this Life Tributes page to make it easy to share your memories.

Send flowers to the Joyce family.